Where are you based? Kansas City, MO

How long in the trade? Welding 23 years

How did you get started?

Out of high school (1992) I went to a welding trade school. Instead of entering the welding job field I ended up joining the Marine Corps. Through the Marine Corps , which I loved, I ended up working on every continent except for Antarctica: over two years experience all over Central/South America, over 1 year experience all over the African continent, lived over a year in Europe, spent time in North, Southeast, and Southwestern Australia. Bounced around the Caribbean islands, and have been all over the Middle East, to include a war tour in Iraq.

During my 20 years in the Corps I realized that a retirement at 38 would leave me with a lot of spare time so I decided to join the Marine Reserves back home, enter college, secure an after-military career, and after school I planned on reentering the active duty Marine Corps. I ended up getting my EMT Cert and got hired onto an ambulance crew which eventually led to me deciding to apply for the fire dept. I was soon hired onto the fire dept. and ended up receiving orders back to active duty within 6 months of completing the fire academy. I spent the next 5-6 years deployed all over the world, except for a few short stints back home, until I hit my 20 years and exited the Marines. The fire department held my position until I returned. I am now a full time firefighter again and, in a sheer stroke of luck, I ended up securing a job welding, and started my own small welding business.

Practice any other trades?

What do you put in your Bully Bag?

When I first tried the Bullybag on I was surprised at how comfortable it was. It was like wearing a high quality concealed carry holster. It gave me the secure feeling that nothing was falling off. Of course this was by no accident. Being designed by a Marine leaves no question as to what concepts the bags construction were based on; strength, security, ease of use, and ergonomics to name just a few.

As a welder I can throw a hand full of rods in and they stick out at the perfect angle for easy refill. My smaller tools, like my thickness gauge, bits, and striker, all hung conveniently off of the supplied hooks at the bottom of the bag. The large center compartment was perfect to throw my welding cap, level, a spare set of non-welding gloves, weld pliers, and a few other necessities into. Depending on the welding process at hand I can also throw MIG/TIG or plasma cutting expendables in the various pockets that the bag has handy. Since I’m a mobile welder this saves multiple trips back to the truck meaning saved time, which is precious on the job site.

With the saved time, the versatility, and the durability that the inventor obviously required of this bag (and Marines know the importance of durability) I can see the Bullybag being put to good use in just about any profession, the dirtier the better...

Again, I can’t express enough how having the bag sit like it was a concealed carry holster massively increases its ease of use and comfort considerations. The inventor nailed it on this one!

Hey, you! We'd love to hear how you use your BullyBag! 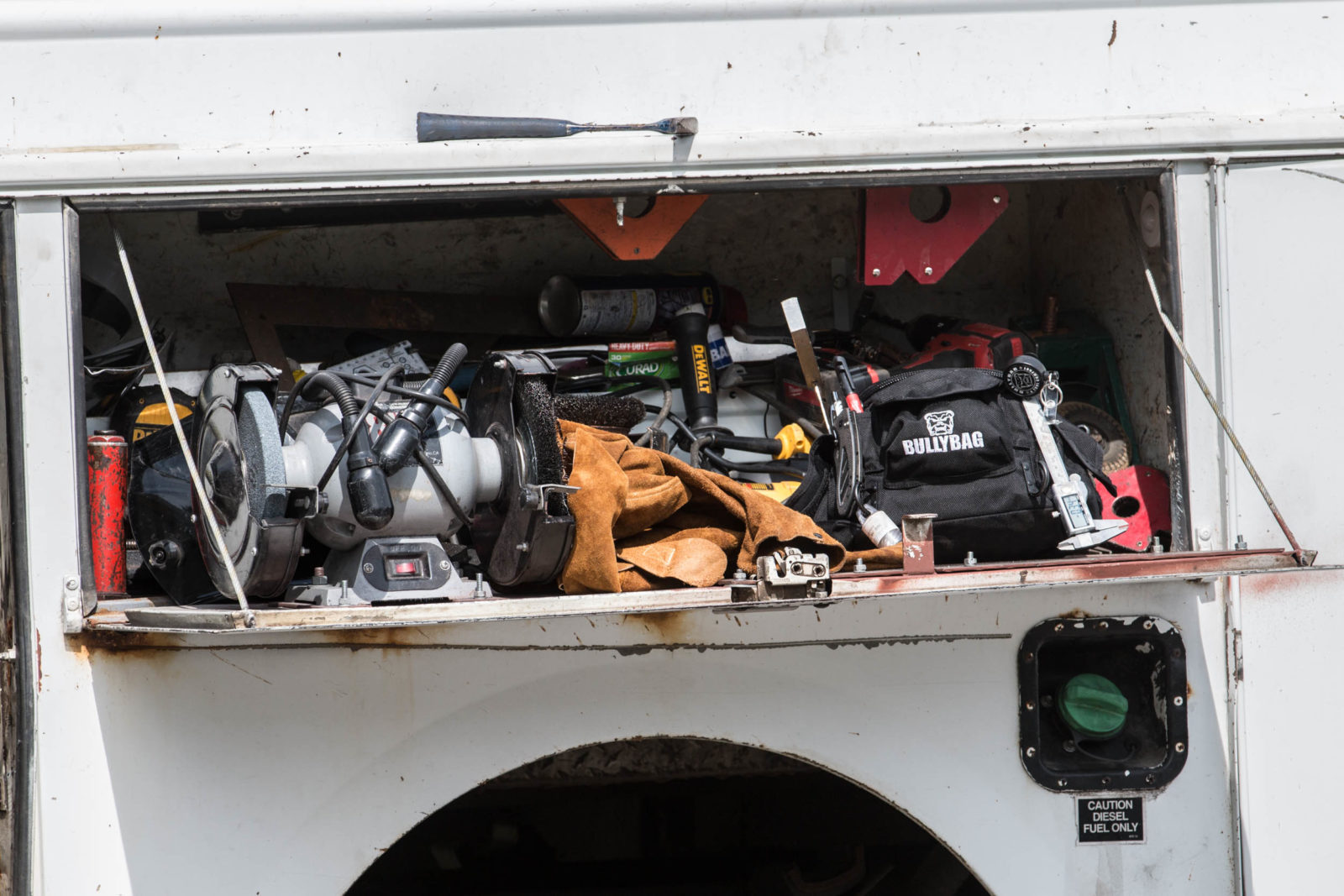